HOSTELVENDING.com | 16/09/11.- For the 61st issue of HOSTEL VENDING magazine (now available in free download and online e-mag), we had the pleasure of interviewing MR Eugenio Berenga, the man at the helm of Italian vending manufacturer Bianchi. He explains what has happened during these last two years, including the recent management departures. Besides, we get to know what Bianchi Vending is planning to exhibit at Madrid’s trade show in November. From this publication, we salute the company’s comeback to the leading positions of the market. 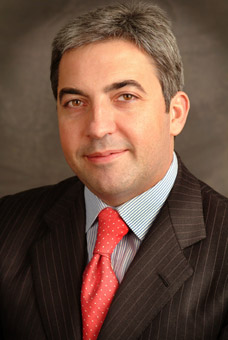 - First of all, thank you for sparing your time with us. Earlier this year you announced a recapitalization and restructuring plan for Bianchi Vending Group. Please talk us about this plan.

As you may know, during 2009 the company went through serious economical issues, as a consequence of the general situation of crisis. Our overall sales volume dropped by 30% and, obviously, the company was not able to generate enough capital cash to meet the debts reimbursement schedule.

In 2010, the company decided to hire a financial consultant firm, Alix Partners, to develop a new plan for restructuring and rebooting the firm. Last year, there was a lot of noise and rumors around us. We were able to inject a €1 million credit into the company. Finally, on February 18th, this year, we were capable of completing the recapitalization plan. To sum up, we have been able to move to a more sustainable financial structure.

Unfortunately, it took 12 long months before we reached an agreement with the lending institutions, but in the end all the stakeholders and everyone involved (employees, clients, lending institutions etc.) was satisfied with the results. This financial reorganization will allow the company to focus on its future, bringing prosperity. We will be able to create new job positions and develop new machines, as well as developing new sales channels.

- Could you explain the plan in depth?

Yes, I can. The plan is basically based on three major pillars. First of all, and because of the drop in the sales volume, we were forced to shut down the production plant in Città Sant’Angelo and transfer the activities to our plant in Zingonia (Bergamo). This meant losing around 75 employees. After the negotiation process – and I must thank all the authorities for their understanding – the Sant’Angelo plant closed last June. So, currently Bianchi Vending has two production plants: the center in Zingonia (Bergamo), for the assembly of Hot Beverages and Snack&Food machines, and the plant near Rome (in Cisterna di Latina), where we produce plastics components and subassembly items.

The second major pillar in our restructuring plan is the development of new products thanks to investment in R&D. Thanks to the decision of developing new products, I can now announce that we are launching two new machines this year: the LEI 2Go – a freestanding Snack&Food vending machine with large capacity, capable of accommodating beverage cups of different sizes; the LEI 200 is an automatic hot beverages tabletop machine, especially conceived for small and medium-sized offices, with a capacity for 200 cup services. The first machine is being tested since last July and we are planning to launch it in September; the second one will be available by early December.

Besides the product launches, we have also introduced small changes in our whole range. We wanted to add new features in the machines to meet the needs of the different Vending operators. We are focusing on identifying which features can help our clients wanting to enhance productivity and making the re-filling stocking and the maintenance easier for professionals. 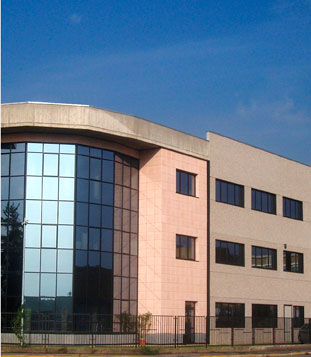 In addition, we have made some efforts in improving our Snack&Food range, including new LED lights, new doors and other technological features, and producing lighter machines. This is the third initiative pillar in our plan: to improve our current offer. Equally, we are redesigning our machine range for Horeca and will expect results by the end of this year. Parallel to this improvements policy, we are doing whatever is in our hand to work directly with both large and small operators in every local market: Spain, Portugal, the Scandinavian countries, France and Germany – our main markets in addition to Italy. We want to offer further market-oriented solutions.

- What was the company's financial status before the restructuring plan? And now?

In terms of overall turnover, we reached €60 million during 2010. This year, thanks to the plan that we put in action, we expect to increase sales by 8 to 10 per cent. The first semester of the year so far, it confirms that we are in the right direction. We are not only increasing our profitability, but also with the right timing, following the objectives we had established.

I am very optimistic about the future of Bianchi Vending Group. We are gaining new clients in Italy, Germany…and we are developing in Spain too. The company has successfully overcome twelve difficult months.

- Is it true that Fabio Felisi has resigned?

Yes, it is true that Fabio Felisi, until recently our managing director, has resigned. As Omero de Martin (also an MD) as well did in June. Before them Gianpaolo Bononi left the company in April 2011. Felisi has made a great job with our international clients, but he was exhausted after these two years of difficulties and it was his own decision to resign.

Now, we are building a leaner organization structure. I will personally take direct responsibilities of Bianchi Vending’s subsidiaries. We will also have a new sales and marketing director who will be especially focused on the Italian market. And, finally, we are also looking for someone responsible for the coordination and relationship with large operators. I think this latest point is very important – just look at how important large operators are becoming. So, for these two specific roles, we had not found the substitutes yet, but I am certain that we will have them on board soon. They will be internal employees, not external agents.

- How is Bianchi Vending Iberica performing, so far this year?  What peculiarities are you finding in the Spanish and Portuguese markets?

Well, the economy in Spain and Portugal is not helping us out, really. But I must say that these two subsidiaries – both Bianchi Vending Iberica and Bianchi Portugal – are performing quite well. It is true that we lost several some workers last year, but we have managed to keep our market share, at least for the freestanding machine range.
I cannot say the same for Snack&Food machines. Due to the shutdown of the manufacturing plant in Città S. Angelo, we went through a difficult time to fulfill the orders from Spain and Portugal. I must apologize our clients for that. Luckily, we have now been able to revert this situation. Timing and service have really improved. It usually took us around four weeks to arrange and fulfill the orders. But now, we have reduced the process to only three weeks.

- What about your subsidiaries in Latin America?

Generally speaking, Latin America is performing really well for us. Especially in Brazil, where we are registering double-digit growth. It is a country with a huge potential and we have already received some positive signs. For example, our Horeca range of coffee machines was warmly welcomed in the Fispal Café Eexpo, in Sao Paulo.

Besides, I am aware that the Brazilian authorities are passing a new regulation soon that affects imported vending machines. Foreign firms will need a certification to trade in Brazil and Bianchi Vending will be one of the first manufacturers to get this certification. 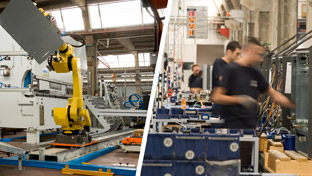 - It seems you are investing in all your segments. What about Newbiz?

Newbiz is still in early stage. For those who have not heard of it, in this branch of the Bianchi group we are designing and producing special vending machines for other industries apart from the traditional (drinks and food), that is to say, vehicle parts, tools, etc. But we are taking careful steps here. First of all, we will try to understand what every sector needs, see if that would be profitable for us and, only then, invest in this business.

- The price of raw materials and components is rising and rising. As a manufacturer, are you feeling under pressure? How are you coping with it?

Yes, I can confirm that we, as manufacturers, are also suffering the rising cost of the materials we use to produce the machines, mostly plastics and sheet metal. Only during last year, prices went up around more than 16%. And it is a trend that comes from previous years. However, we have managed to “absorb” part of this inflation and we have increased our price list only by 3% at the end of 2010. Definitively, we are not planning to increase prices by now.

- Confida, the national association, recently published some interesting data on the Italian Vending market: overall sales went up 2.6 % during 2010; exportations growing up 70%.

Traditionally, Italy has played a main major role in the European Vending business, with a market share around 35%. During the last two years the relevance of other markets apart from Italy increased. Countries like France and Germany are developing faster.
Back to the figures you are speaking of, I can tell you that we are also experiencing a fast-paced export trend. Bianchi is, let’s say, a small multinational corporation.

- During the Vending Cruise experience, Lucio Pinetti (Confida’s president) stated that vending operators should increase their prices, due to the costs of raw materials. What is your opinion?

In my personal opinion, I prefer not to judge comment on our clients’ pricing policies – although it makes sense to raise the price of the coffee cup if the bean price has increased too. However, I also understand that companies need to be competitive. It is a matter of quality and profitability.

- I understand your position, but don’t you think manufacturers should get more involved in the quality of products used in their machines? Couldn’t that affect the end user’s image of the machine, and of Vending in general?

Look, Bianchi has currently a 15% market share. As long as we keep that, that is my number one priority. I perfectly understand the different issues the operators are facing, but we need to focus on producing the best machines in terms of quality, reliability, eco-friendliness and limited energy consumption. If we can achieve that, then we can help our customer. That is just my opinion.

- In Autumn, we will meet in Eu'Vend and Vendiberica. Will Bianchi Vending surprise us in these shows?  Are you also participating in the Brazilian trade show, Expovending & OCS, in Sao Paulo?

Of course, we will be in Eu’Vend, but I am not sure about the Sao Paulo trade show. And I will be happy to meet you in Vendiberica. It is a bit soon to say, but I am quite sure that we will take the opportunity to introduce the new products I talked you about. Anyway, our main goal in all these trade shows is to prove to professionals that we are definitively a solid company. 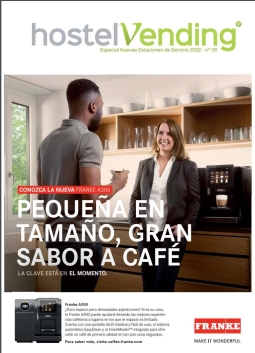 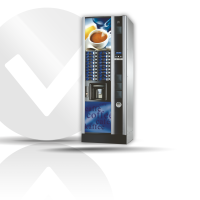